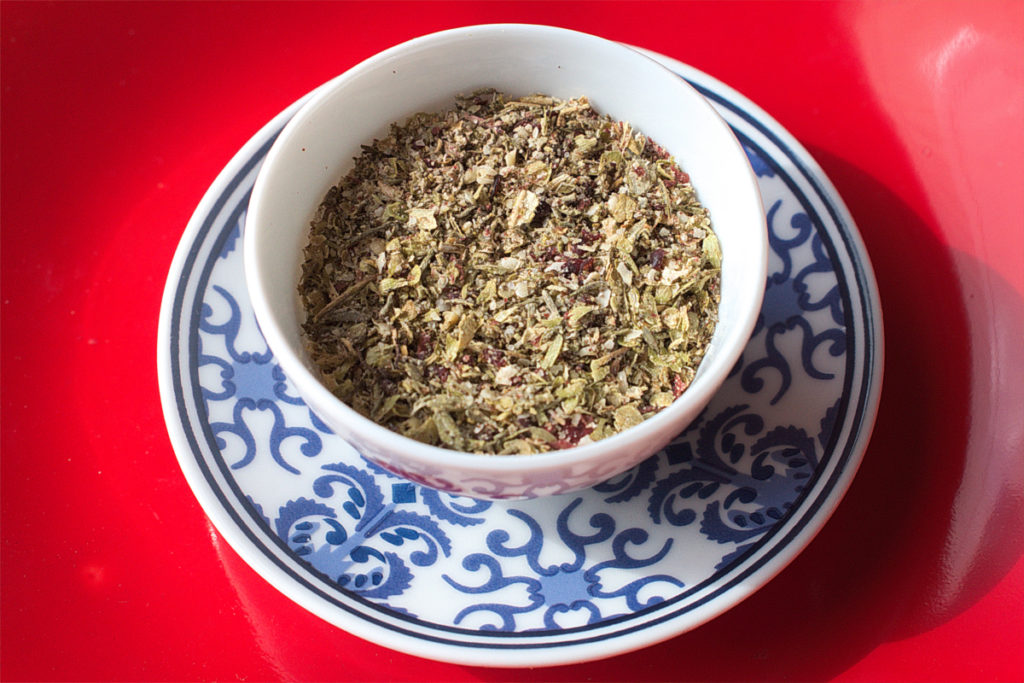 Here at the Tiny Dutch Kitchen, we like to make our own spice mixes. Not only are they a great way of adding flavour to a dish but if you make it yourself, you can tinker with the blend until it’s exactly to your liking.

In this case, I made my own za’atar spice mix. This spice blend is originally from the Middle East. It’s great with bread or as a dip, when mixed with yoghurt or olive oil.

Za’atar is a spice mix from the Middle East. It’s also a plant. Actually, it refers to several plants. Confused yet?

In short, the word za’atar can refer to a number of aromatic plants. However, the plant that’s most associated with the name is Origanum syriacum, a type of wild oregano native to the Middle East. This plant is one of the main components of the traditional za’atar spice mix, also giving it its name. However, this particular type of oregano has actually become quite rare in the wild. Which is why, in many cases, a combination of more easily available herbs is used as a substitute. Because the za’atar plant tastes both of oregano and thyme, these are usually the herbs that you’ll find in the average za’atar blend.

The exact recipe differs from region to region and sometimes even from cook to cook. Apart from wild oregano, or its substitutes, most contain toasted sesame seeds and salt. But a lot of other herbs and spices can be part of the za’atar mix as well, like sumac, cumin and fennel seeds.

I decided to keep my version rather simple, using only sesame seeds, sumac, thyme, oregano and salt. This mix is already full of flavour. But, if you feel like it, you can also use this recipe as a starting point for your own spice mix experiments.

Print Recipe
Homemade za'atar spice mix
With this recipe you can start making your own za'atar, allowing you to tinker with the blend until it's exactly to your liking. 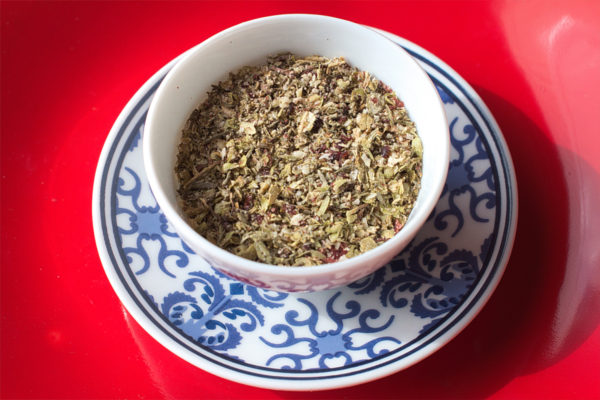 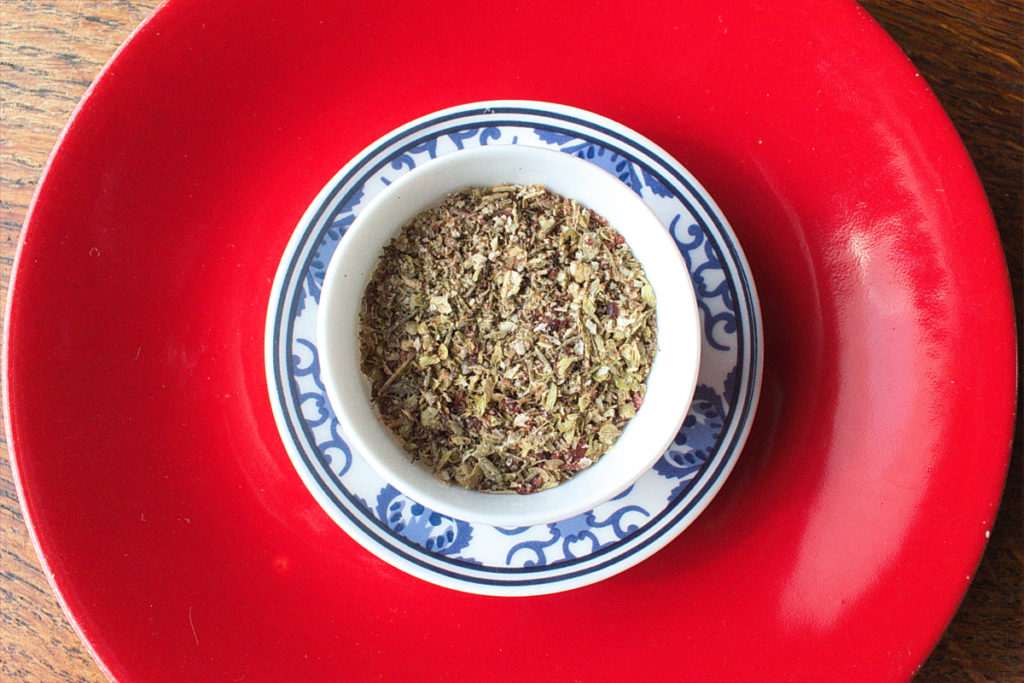